Hypnosis has been shown to be effective for smoking cessation.

Hypnosis was found to be an effective therapy for smoking cessation. The subjects in this study participated in either hypnosis or behavioral counseling in order to quit smoking. The participants were then interviewed six and twelve months after their respective treatments. The study showed that the hypnosis participants experienced a significantly greater success rate than the behavioral counseling participants (Carmody, T., et al., 2007).
Carmody, T. P., Duncan, C., Simon, J. A., Solkowitz, S., Huggins, J., Lee, S., & Delucchi, K. (2008). Hypnosis for smoking cessation: a randomized trial. Nicotine & tobacco research, 10(5), 811-818.

Hypnosis Most Effective Says Largest Study Ever:
3 Times the Effectiveness of the Patch and 15 Times More Effective than Willpower Alone.

Hypnosis is the most effective way of giving up smoking,

According to the largest ever scientific comparison of ways of breaking the habit. A meta-analysis, statistically combining results of more than 600 studies of 72 000 people from America and Europe to compare various methods of quitting. On average – hypnosis was over three times as effective as nicotine replacement methods and 15 times as effective as trying to quit alone.
How One in Five Give Up Smoking. Schmidt, Chockalingam. University of Iowa. Journal of Applied Psychology, October 1992. (Also New Scientist, October 10, 1992.)

Hypnosis Patients Twice As Likely To Quit
Study of 71 smokers showed that after a two-year follow up, patients that quit with hypnosis were twice as likely to still be smoke-free than those who quit on their own.
Guided health imagery for smoking cessation and long-term abstinence. Wynd, C.A. Journal of Nursing Scholarship, 2005; 37:3, pages 245-250.

86% of the men and 87% of the women reported continued abstinence using hypnosis.
Performance by gender in a stop-smoking program combining hypnosis and aversion. Johnson, D.L. and Karkut, R.T. Adkar Associates, Inc., Bloomington, Indiana. Psychol Rep. 1994 Oct; 75(2):851-7.
81% Reported They Had Stopped Smoking
Thirty smokers enrolled in an HMO were referred by their primary physician for treatment. Twenty-one patients returned after an initial consultation and received hypnosis for smoking cessation. At the end of treatment, 81% of those patients reported that they had stopped smoking, and 48% reported abstinence at 12 months post-treatment.
Clinical hypnosis for smoking cessation: preliminary results of a three-session intervention. Elkins, G.R. and Rajab, M.H. Texas A&M University, System Health Science Center College of Medicine, USA. Journal of Clinical and Experimental Hypnosis. 2004 Jan; 52(1):73-81.

Study finds most expensive state to be a smoker 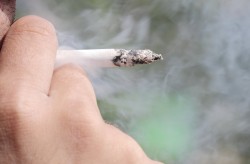 CAN YOU AFFORD TO SMOKE? 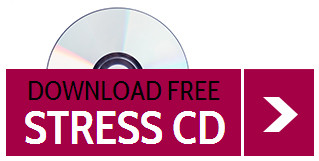